Printed circuit boards have evolved and advanced over a century. The first PCB was invented in the early 1900s by Albert Hanson but it took some years for PCBs until their patenting by Paul Eisler in 1943. Initially, US Army used Printed circuit boards before been integrated in limited consumer products. The integrated circuit wouldn’t become a part of the product design as a whole until the ‘70s, Since then:

Today’s PCBs are complex, multilayered, tiny systems that is difficult to resemble with their earliest ancestors. The printed circuit board industry supports a wide range and types of products. The components go into almost any if not all modern electronic devices.

Without PCBs, the world wouldn’t have access to home computers, teleconferences, smartphones and a plethora of devices hooking up to the Internet of Things (IoT). They’re also produced at a much more efficient and higher rate thanks to manufacturing processes and sophisticated design software.

Think back to the ‘40s or even ‘50s. Very few would have dreamed of the creations we regularly use today. And because we often can’t even think of what may come next, the future of PCBs is difficult to predict.

However, as consumer demand and technology develop and grows, so must PCB industry.

There is an intense pressure for slimmer and faster devices from the consumers while industries demand improved functionality. The need for PCB development will always be present.

What’s Next for PCBs?

While astounding complexity and incredible production rates has become a common denominator for modern PCBs, there is always room for growth. It doesn’t matter if it will be the attached directly to the board accessories or the PCB shape. Research, science and consumer’s needs will keep pushing for different and new PCB functions. 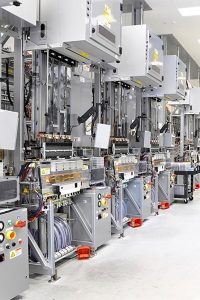 In the US, less than 500 firms make PCBs and employ about 21,000 people. However, There is a rapid pace in technology advances that it’s hard to keep up at any given moment. A 2019 survey shows that, about 42% of Americans found out that their lives were improved by new discoveries.

Manufacturing process itself provides plenty of room to grow in as well. New challenges are introduced for every PCB manufacturing company. The predictions focus on the following areas:

Wearable electronic devices today, have become popular, with an expectancy to reach $30.6 billion by 2020. Wearable tech seems to be trending toward smaller, more powerful devices each year. These electronics are often embedded into clothing and flexible accessories such as smart shoes, wristbands, belts, and socks. Even some sports accessories incorporate sensors, using PCBs, to monitor speed, shock, and other metrics.

We have become used to fast-paced technology and we are living in a tech era and that demand for high-speed functionality in everything. The same case deals with PCBs and consumers demand the same for electronic devices. The challenge is to design and produce PCBs that will be high-speed and unique. However, even the definition of high-speed PCBs has relatively changed for the designer.

PCBs are used by almost any -if not all- electronic device in some way. TVs, smartphones, smartwatches, smart speakers, and kitchen appliances all utilize circuit boards to function properly.

As a result of this popularity, high-demand equal high-volume production. The manufactures must be able to withstand scalability and rapid turnaround. For the moment 3D printers aren’t yet fast enough to take on massive manufacturing for global brands. In the future, 3D printers may be able to elaborate with factories and produce items more rapidly.

There are many ways PCBs work for manufacturing. Think about how computers can automate factories. They count how fast the line moves and if production is on target. They track machines and pinpoint a fault in the system, repairing it before a breakdown. Companies utilize computers and thus PCBs to analyze quality, speed and even inventory. It’s impossible to track all the ways electronics appear in manufacturing. 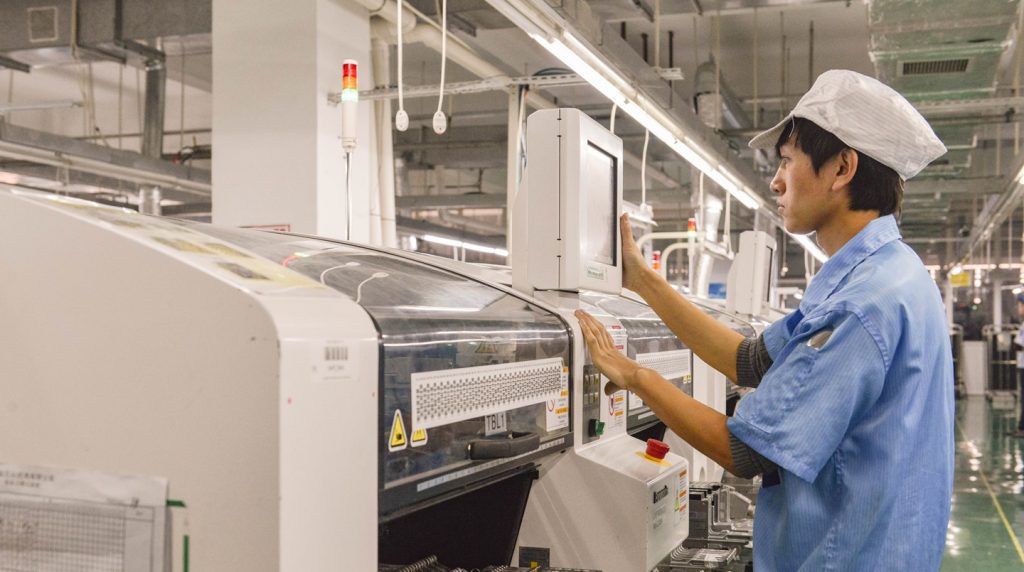 Technology will evolve and grow, changing fast and impacting every type of business. This is one thing you can count on. As a technology company ARK Electronics, is dedicated to help you stay on top of changes and look forward to how these technological leaps might impact your work and your customers. With a little foresight, and ARK’s help, you’ll outpace all incoming challenges.

Silicon Photonics May Remedy the Interconnect Bottlenecks of Moore’s Law

Which sectors will see an IoT explosion in 2020?