The prototyping stage plays a key role when it comes to the manufacturing of a new product. It is very essential to spot any malfunctions in software and hardware that can cause actions that differ from what the product made to do. In the prototyping stage, we can detect defects that cause insignificant irregularities in how the product performs.  There are also times that the detected errors during this stage could be threatening for the user’s wellbeing. There are not a few cases that a battery exploded and started a fire or injured the user.

When the prototyping procedure is not organized, quick and not well performed, it might sometimes have different results from the ones expected. While time is of the essence, when trying to deploy a product into the market, it should not be at the expense of the time spent on the prototyping procedure. It seems appealing also to cut out costs from prototyping, but eventually most of the time this results in problems that cost money and time altogether.

These different approaches to prototyping can bring results like:

The above, result in time loss and eventually in losing money to remake products as they should have been when released to the market.

Things to be considered during the prototyping stage.

So, what are the main mistakes to be avoided during prototyping?

1)Prototyping too early is one of the most common problems

There are steps before prototyping. It is usually a common practice for companies to rush into the prototyping stage before having a clear, general idea of how the product should be designed. Each product has software, circuitry and casing. When moving to the stage of making a prototype, a general idea of the product (case design, electronics-PCB, software) should have been defined on paper or in specialized programs.

The prototype should have a fidelity level that describes the final product. When focusing too much on the details is just wasting time and money. Also, a high-fidelity prototype makes it more difficult to make changes because of the time, effort and money spent on making it. On the other hand, when making a very low-level fidelity prototype it is making the testings unreliable and the results might not apply to the final product.

Creating a prototype does not mean that the final product will be the same. Over time and testing, it should change and adapt to the needs and the results of the tests. Prototypes are meant to change and be improved during this stage, that is the reason why they are made. Actual prototyping often requires drastic and unexpected adjustments. In fact, during prototyping, the product can be totally redesigned to fit the needs. So you should be willing to make the modifications indicated by testing.

4)Not testing under extreme conditions

Prototyping most of the time occurs in a controlled environment and it is typical that the conditions are very stable. The final product most of the time will not be used under these ideal conditions. So, it should be tested accordingly. At 70 degrees Fahrenheit a product might work perfectly, but in real-life situations, it might be under direct sunlight or in freezing temperatures. A battery for example can cause fire or underperform if the software and hardware designers did not take into account working temperatures greater or lower than the ideal 70 degrees Fahrenheit.

Electromagnetic fields, humidity, extreme G forces, etc are some of the factors affecting the way a product operates and they should not be taken lightly. Testing and applying fixes at software and hardware level eventually can save money when the final product reaches the market. 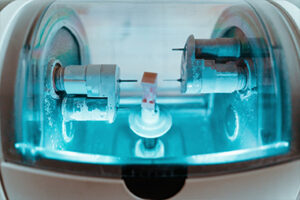 5)Focusing on the visual

Focusing on the aesthetics during this stage misses the point and makes the prototype costly and more challenging to change further. Perfecting the visual of a product is crucial, but only when reaching the final stage of prototyping. Any product passing through the prototyping stage has features that are more important than aesthetics and should be tested and reviewed.

6) Not collecting info and troubleshooting data

Numerous tests result in a lot of data that can be gathered through the phase of prototyping. A significant mistake made, is that these data are forgotten and they are not taken into account when needed to form proper documentation. It is through this step that a lot of information can be gathered. Common issues, troubleshooting, the best way of operation, safety precautions, etc, can synthesize a user manual, a technical manual and warranty terms.

Prototyping is a vital step in product manufacturing. It should be addressed cautiously and attenti0n to the details is important. The results of a non-complete and accurate -prototyping, testing and evaluation- can bring harmful results for the economic status and well-being of a brand.