How could gaming be re-introduced and enter our houses?

The Era of Information and Technology innovation is now. It makes lives easier most efficient and it connects people and places in a way that we could not imagine if asked a decade ago. Being in the spirit of our times an increasing growth rate can be detected towards the gaming industry. Corona-virus forcing people to stay home and change their reality might be one of the reasons, but also The Gaming Industry evolving rapidly and adaptively to the needs of the Gaming community might be another.

HOW TECH IS GOING TO CHANGE THE GAMING CONSOLES?
Huge amounts of electronic components are now re-designed to be half or even less than the original size and be able to be included in handheld devices such as controllers, VR headsets etc. and present opportunities for news ways of gaming. Components that can now be used are:

Having that kind of variety, options and in general technology, makes it easier for companies to introduce new gaming experience to the user, a.k.a. the Gamer. The market may take advantage of the ability to print flexible circuits, possibly leading to future wearable controllers for Augmented Reality (AR) and new ways to immerse into the gaming experience.

But there is also a shifting point across the Gaming Industry. That shifting point is the target group that the industry focuses. The needs of today, make Gaming Consoles something that can be introduced to people of every age and technical background. 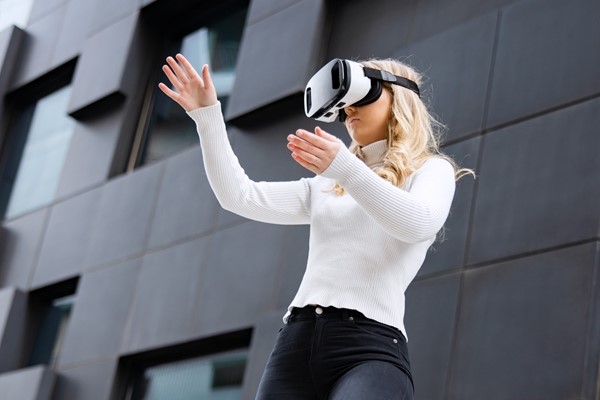 It is very common for elder -and sometimes for children- to struggle with the complexity of some tech devices. Although so far, the gaming market seems to be adapted to the needs of the Hardcore Gamers, there is now a turn into a world of wireless devices that do not lack the expertise and technology advancements and at the same time introduce user friendly-no complexity control and interaction.

The Game Consoles can initiate social interaction through game playing and bring family and friends closer together while having great time. The aim of the customer right now seems to be the plug and play function combined with multiplayer ability and long-lasting device quality.

When did all that started?

The humble games console has come a long way since its beginning back in the 60’s, yes you read that right, the 60’s. Who else would drive this new leap into interactive video technology back then other than the American military of course? The DNA of the modern home console can be traced back to 1972 and the aptly named Odyssey. The Odyssey paved the way for the mighty Atari Corporation who grew to dominate the early 80’s and laid down its roots in what would later be our modern pop culture.

Atari had a big presence in the newly formed market of the “video arcade”, riding the wave of teenage angst and getting rich off the steady stream of coins and demand for its unique experiences like Defender, Star Wars, Pacman, Super Breakout and many more. Atari’s good fortune didn’t last long though.

Even after setting up shop in living rooms throughout the US and a lot of Europe with the now nostalgic, monolith Atari VCS, and the later Atari 2600, like any company who corners a market early you get complacent, quality suffers, and you then get blindsided by the competition. This led to an inevitable saturation of the market place and the games industry’s first and only crash so far, between 1983 and 1985.

The current video gaming console market has one big difference with the old generations and that is online gaming. The fact that console gamers have taken to online gaming has a big impact on the market shares. More than ever it pays to be the market leader.

Everybody wants to be able to play with his or her friends. Console gamers tend to be a bit more conservative to change than PC gamers. Changes to console gaming are not always well received regardless of the fact that they are meant to take console gaming to the next level. Only now is this video gaming generation seeing an increase in digital downloads while it has been a very common thing in PC gaming in for what feels forever.

Because of this console makers tend to be cautious with introducing radical changes. And here rises the need for diversification and simplification in order to access new users. The future will show!

Read our press release about out recent partnership with Intellivision Entertainment, to provide a New Family-oriented Home Entertainment System.

We understand that success begets success and strive for continuous improvement at every level. Applying agile approaches and the latest technological advances, we remain responsive and efficient in our processes, in our manufacturing, and in our service to you. Research and Development is the department that makes us move a step ahead from today. Here in Ark Electronics we invest in innovation and people making every project unique.

Silicon Photonics May Remedy the Interconnect Bottlenecks of Moore’s Law