Currently, modern transportation is undergoing significant changes thanks to changes in transportation technology. Even though we’re used to long international flights, congested public transport, and diesel trucks reaching only 20 miles per gallon, the future of transportation promises to change all of this and more – and sooner than many believe. 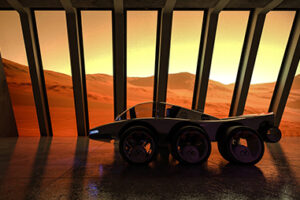 Self-driving cars are already here. They are still going through the earliest stages of development and testing, but they are already on the streets of our nation. Unfortunately, it is still a work in progress. Trial-error-improvement is a continuous cycle. There were also times that human life was at stake because of tests. While this is a significant drop in the progress of fully autonomous vehicles, developers remain optimistic about the future of this transportation technology.

2.The next generation of GPS devices 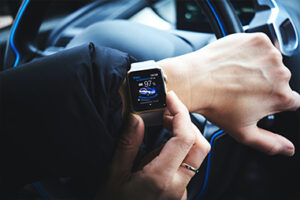 GPS devices are nothing new – they have been around for decades. The biggest difference in comparing modern GPS devices with previous models is the functionality of the newer hardware.

In the past, GPS devices were very limited. They can calculate the total distance traveled and provide an estimated time to get to the final destination – but that’s about it.Today’s GPS devices are much more flexible. They not only perform basic trip planning functions, but they can also make adjustments for extreme weather, driving conditions, or even the route of your choice.

Many consumers already own smart vehicles. The exact definition of a smart car varies between manufacturers, dealers and individuals, but usually describes a compact and economical vehicle that uses new and innovative technology to make life easier for drivers and passengers.

In some cases, manufacturers are turning to electric or hybrid cars. This new generation of smart vehicles still has some challenges to overcome – such as the distance they can travel between loads, the number of passengers they can hold, and even the amount of luggage – but they are already common roads to our country and highways. 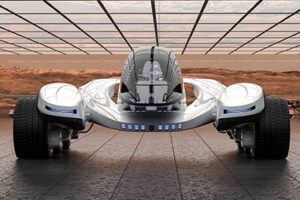 Usually reserved for large cities and densely populated residential areas, public transportation is often associated with negative connotations. These vehicles are not only crowded with passengers but are also a breeding ground for crime and suspicious activity in some areas.

Future public transport hopes to change this thanks to emerging and developing transportation technologies. Some areas, such as the city of Masdar in Abu Dhabi, are already using private transport pods to solve many of these problems. There is only room for one passenger per pod, which instantly reduces the risk of crime or injury. Due to their intuitive nature, they are excellent examples of how easy it is to integrate new transportation technologies into everyday life.

The high-speed network is attracting great interest worldwide. The Shinkansen bullet train was officially launched in Japan in 1964, and since then, countries have hoped to introduce their own network. Although little progress has been made, several countries are still pursuing this plan. Currently, US officials are considering at least ten high-speed networks in the country alone.

The Hyperloop – originally made by Elon Musk – was a subway that had speeds of up to 240 mph in initial testing. Developers hope to reach this speed three times with the finished version.

While flying cars may be too complex to use in the near future, a monorail-powered suspension vehicle balanced with the use of innovative next-generation gyroscopes could solve public transportation problems around the world. Even though these vehicles may seem like something from a science fiction comic or TV show, they may come true sooner than expected.

Sometimes referred to as gyrocars, their size makes them more similar to modern buses or trains. Early concepts showed a vehicle that could move around a city road and even lift its body through a built-in support post to get through non-stop traffic.

The way to innovation

Although the future is far from clear, it is the beginning of all kinds of new breakthroughs and innovations. Although US passengers may never have

seen a high-speed network capable of reaching the speeds of Japanese trains with bullets or in an airplane Traveling to the nearest airport, this development – as well as some early conceptualizations and prototypes – are evidence of a fun and exciting future.